The UNICEF Europe and Central Asia Regional office (ECARO) has been piloting user testing to promote affordable assistive technology for Augmentative and Alternative Communication (AAC) in Croatia, Montenegro and Serbia.

According to those conducting the testing, Cboard promotes interaction, helps overcome speech impairments, develop language and steers children towards an education and active social life right from their early years.

In the region where the testing is being conducted, it is estimated that 12,000 children between the ages of 0 to 6 are in need of AAC, while another 840,000 could benefit. Cboard is free and open-source technology seeking to provide AAC to all those in need. 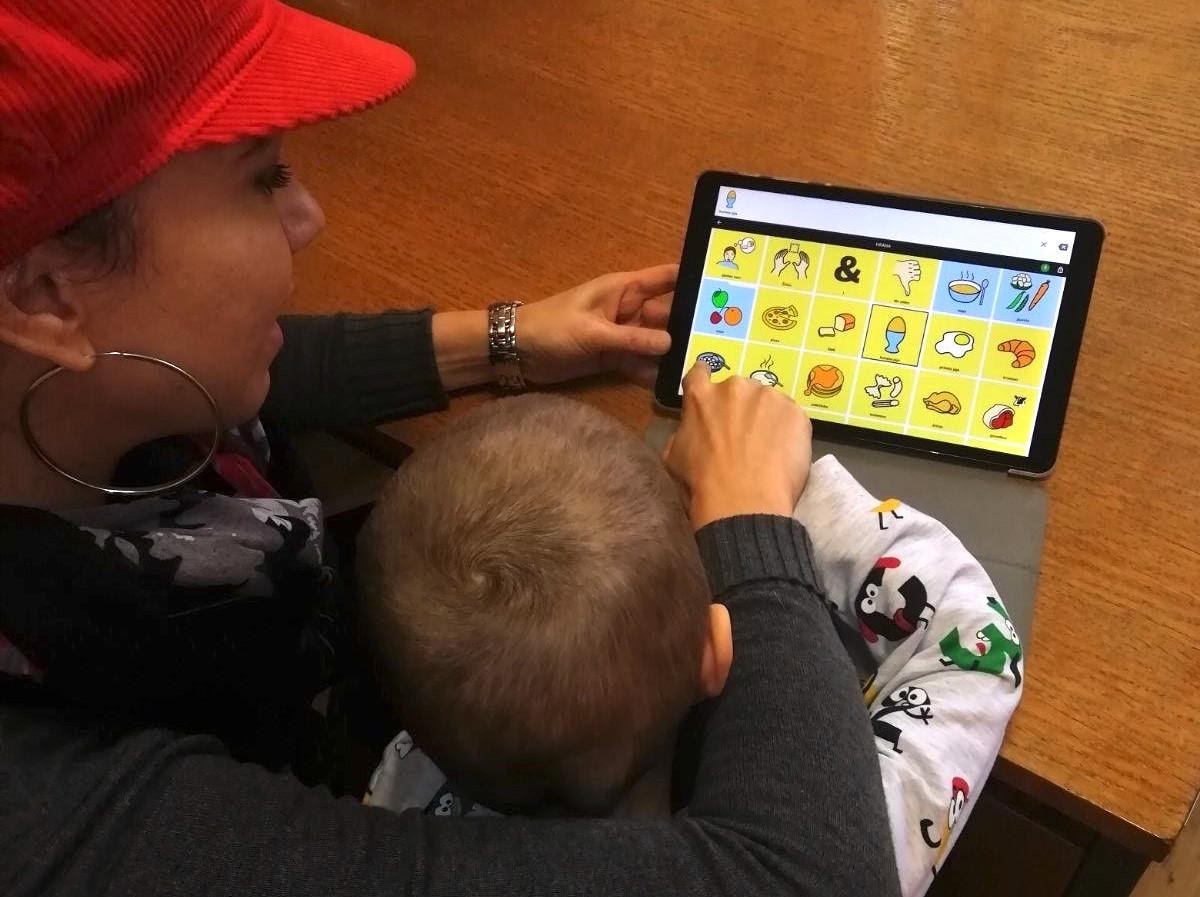 User testing began in November 2019, involving 125 children between the ages of 3 and 12 in Croatia, Montenegro and Serbia. The work involved over 70 professionals including but not limited to pre-school teachers, speech and language therapists, occupational therapist, special educators, psychologists.

Professionals developed a training package delivered as both face to face and online learning which is available for professionals from other countries to continue with testing. Cboard is being tested as an intervention tool to assist parents and professionals to apply as part of a routine-based intervention. This type of intervention seeks to promote communication in every-day situations and activities, preparing the child and parents for inclusion in society.

Initial response to the application with parents and professionals was positive. For over half the children and families involved in the testing, Cboard was the first digital communicator that they used. The biggest challenges encountered in the first stages of testing involved difficulties adapting to using new technology and AAC. Some of the parents and professionals were interviews about their experiences:

“Our son accepted it better than we thought. Now he has the way to ask us, and communicate. Before when he wanted something, he would grab our hands and point to the item he wanted. A few days after he started using cboard, he would say “Mama daj” (in English: Mom give me). And press on the image of sandwich on the tablet. His greatest motivation is food, so we started with food”

Parents have found ways to personalize Cboard to their home environment, by taking images of common items from their daily lives to photos of family members, and making it more familiar and easy to understand:

“The child is making great progress and carrying the tablet everywhere. Her mother created pictures of her meals and family members.”

Professionals involved in the testing reported that children seemed to respond particularly well to the text-to-speech function on the app, in which the name of the pictogram pressed in read aloud in the language set. This has led to reports of improved confidence and vocalization in children who are primarily non-verbal:

“Our child uttered a three-word sentence several times when requesting a desired item, until recently she used the isolated word occasionally”. 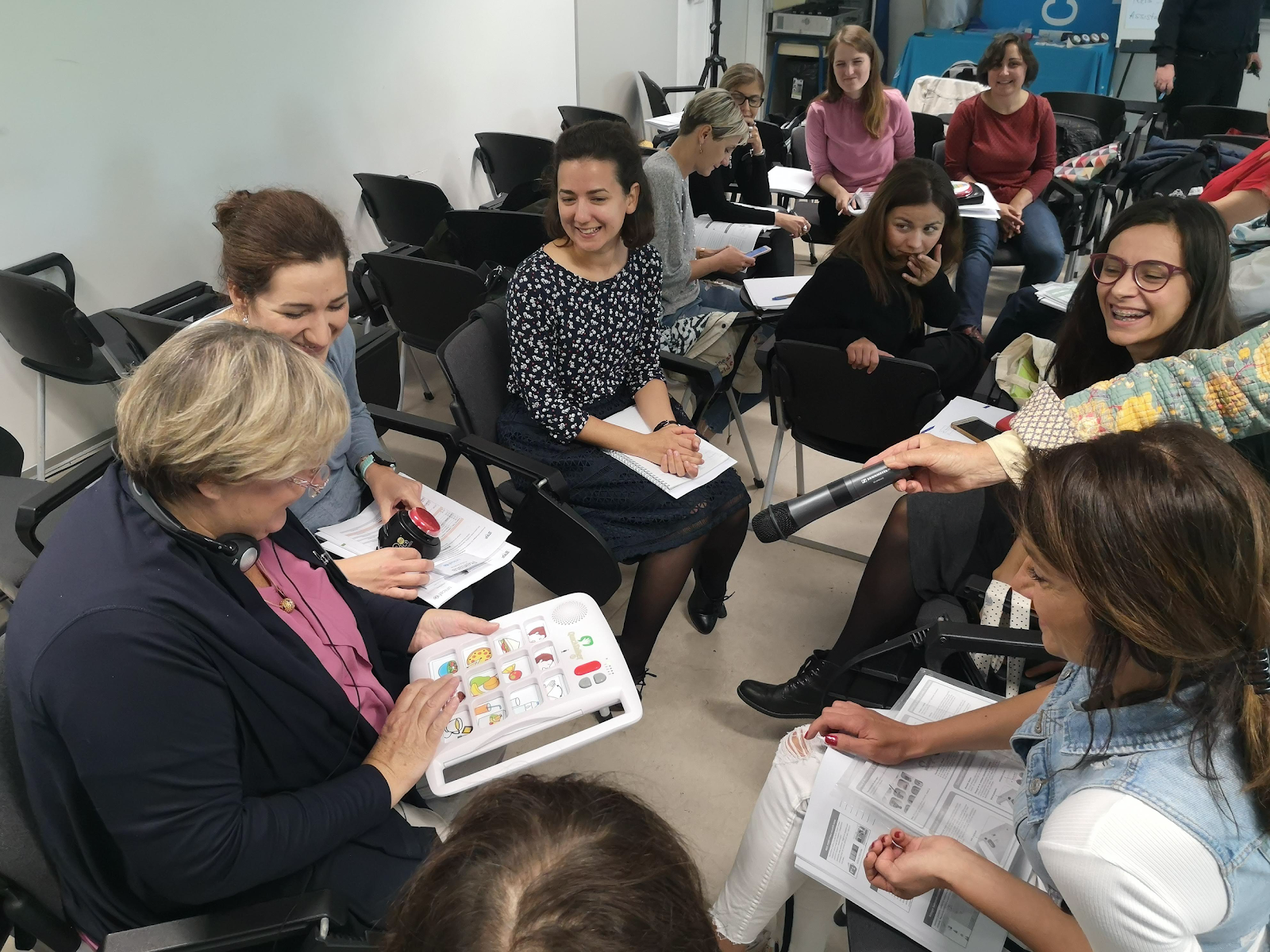 “Srna was non-verbal and began to speak after we use app Cboard. We set icons for YES, BRAVO, MORE, and after using the Cboard, Srna began to spontaneously use those words in communication when she wanted something. Now, when she does something right, she taps herself and says “BRAVO” verbally. In communication, she has increased the number of words she utters, some as initial syllables, others as whole words, so she is now working on expanding her vocabulary on a tablet.”

In order to measure in the impact of Cboard, the PIADS (Psychosocial Impact of Assistive Devices) scale is being used to measure progress in adaptability, competence and self-esteem.

Initial results from PIADS test points show a positive tren, with progress in all three domains. In practice, this means that ‘frustrations are now less expressed and they are now a calmer and happier child. Cboard makes out lives easier and enables the child to communicate’, as observed by a pre-school teacher in CVIT Mediterana, Split, Croatia. 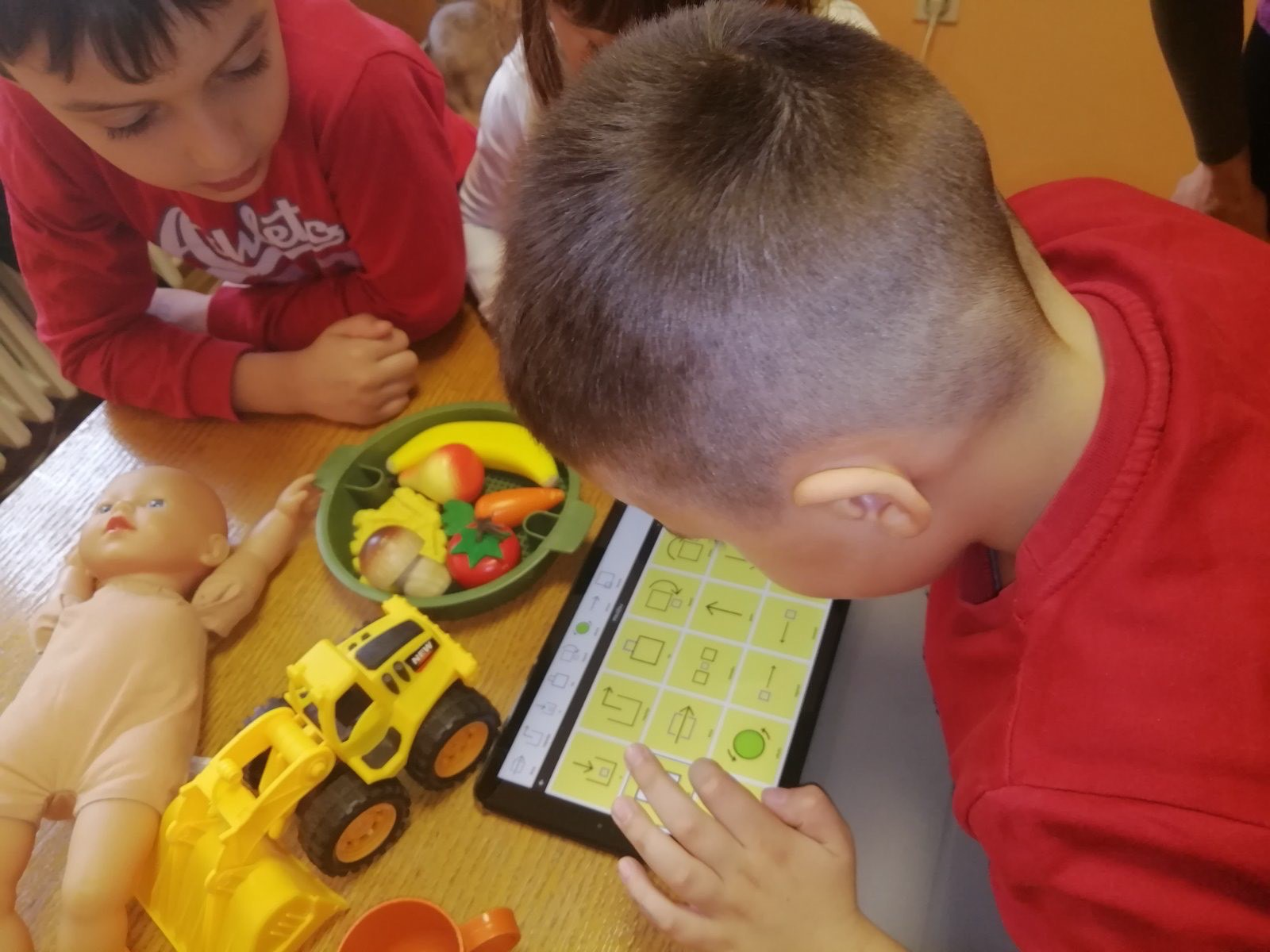 Testing continues through COVID-19 while children use the app from their homes, assisted by parents. Professionals are providing support through virtual platforms including Whatsapp and Viber. Additionally, a new native version of Cboard is in development with new features incorporating comments and feedback received during the pilots.

A special thank you to all those who were and continue to be involved in the testing, and big thank you to Aleksandra Jovic, BP Panwar and the UNICEF country office representatives Melani Markovic, Maja Kovacevic and Jelena Zajeganovic.